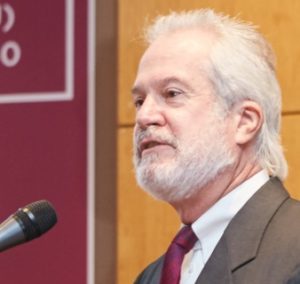 Jim Handy, a widely recognized semiconductor analyst, comes to Objective Analysis with over 30 years in the electronics industry including 14 years as an industry analyst for Dataquest (now Gartner) and Semico Research.

His background includes marketing and design positions at market-leading suppliers including Intel, National Semiconductor, and Infineon.

A frequent presenter at trade shows, Mr. Handy is known for his widespread industry presence and volume of publication. He has written hundreds of articles for trade journals, Dataquest, Semico, and other prior employers, and is frequently interviewed and quoted in the electronics trade press and other media. Mr Handy writes two Objective Analysis blogs: The SSD Guy and The Memory Guy, and is an occasional contributor to blogs for SmartKarma, EE Times and SNIA’s Solid State Storage Initiative.

Mr. Handy has a strong technical leaning, with a Bachelor’s degree in Electrical Engineering from Georgia Tech, and is a patent holder in the field of cache memory design. He is the author of “The Cache Memory Book” (Elsevier, 1993), the leading reference in the field. Handy also holds an MBA degree from the University of Phoenix. He has performed rigorous technical analysis on the economics of memory manufacturing and sales, discrediting some widely held theories while unveiling other true motivators of market behavior.

Mr. Handy is on the Advisory Board of the Flash Memory Summit, has served as a member of the Embedded System Conference’s Embedded Leader Community, and as a member of the Mass Storage Technical Working Group of the International Electronics Manufacturing Initiative (iNEMI), has served as the chair of the iNEMI photovoltaics Product Emulator Group, is a member of the Storage Networking Industry Association (SNIA) Solid State Storage Initiative (SSSI), and is a Leader in the Gerson Lehrman Group Councils of Advisors, as well as a member of other expert networks, including AlphaSights, Coleman Research, DE Shaw, DeMatteo Monness, Elliott Advisors, Guidepoint Global, Ridgetop Research, and Tegus Advisors.

Mr. Handy also serves as an expert witness and has been designated an Elite Expert by IMS ExpertServices.  His work is detailed in his expert CV which can be downloaded HERE.

Jim Handy is an Insight Provider to SmartKarma

Powered by WordPress and WordPress Theme created with Artisteer.

You can find out more about which cookies we are using or switch them off in settings.

This website uses cookies so that we can provide you with the best user experience possible. Cookie information is stored in your browser and performs functions such as recognising you when you return to our website and helping our team to understand which sections of the website you find most interesting and useful.

Strictly Necessary Cookie should be enabled at all times so that we can save your preferences for cookie settings.

If you disable this cookie, we will not be able to save your preferences. This means that every time you visit this website you will need to enable or disable cookies again.